One of Facebook's specialties lies in creating the illusion of engaging with the public — and reaping the PR benefits thereof — while mitigating its exposure as much as possible.

Our most recent case study can be found with its Hard Questions blog, wherein Facebook offers its stance on thorny issues like The Russia Stuff and, most recently, the question that may eventually lead to its downfall: "Is Spending Time on Social Media Bad for Us?"

These posts have drawn plenty of scrutiny — rightly so — but few have noticed that the blog itself is structured to offer the semblance of discourse, and little further. First, a few things to note:

It is surprising, then, that Hard Questions sorts comments chronologically (i.e. "Oldest" first). This quaintly recalls a more innocent time before our present era of algorithms. But it was also a deliberate choice, and it is hard to think of any rationale beyond the obvious: Facebook doesn't want to spur debate.

After all, the whole point of socially-ranked comments is to foster discussion. Here's how Facebook put it when it introduced the feature way back in 2011 (I covered the product for TechCrunch the day it launched, which is why I remember this):

"The upgraded Comments Box uses social signals to surface the highest quality comments for each user. Comments are ordered to show users the most relevant comments from friends, friends of friends, and the most liked or active discussion threads..."

Without this algorithmic sorting, the most active comments are usually buried. This obviously reduces the number of readers who see them — and the likelihood that any comment will snowball toward a critical mass of Likes that would demand a response from our big blue overlords.

(One reasonable counter-argument: algorithmic sorting of comments on controversial topics may lead to dumpster fires of discourse, but that is hardly a case Facebook wants to make about its own product).

One can nearly envision the conversation between Facebook's PR executives, debating whether they should include comments at all:

Caryn: "So we're saying we want to be 'more open and accountable'. Maybe we should enable comments? It might look bad otherwise."

Elliot: "Hmm. Good point. Is there a way to do it with less accountability?"

This post warrants a disclosure: I have one of the top comments on the aforementioned Hard Question about social media toxicity — but only when you sort by 'Top Social' — which is why I noticed this. There may be a little ego involved.

The link has been copied! 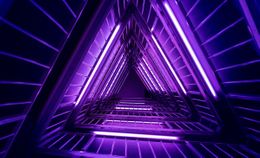